After browsing the Style, the Inspirations and the Background of some of the Best Interior Designers in Milan (Italy) and New York (United States), it’s time for Design Limited Edition to explore the unique design style of 5 amazing London’s Interior Designers another one of the World’s Capitals of Design.

From the Legacy of Zaha Hadid to the iconic style of Tom Dixon or Kelly Hoppen, in this article, we’ll tell you all you need to know about 5 Design Personalities/ Studios that have helped transform London into a powerful Design Hub. We’ll also talk a little about theTop Design Events and the Best Design Stores and Museums that London has to offer and where all of this Studios/ Interior Designers get some inspiration from!

Top Interior Designers Based in London

Kelly Hoppen is a world-renowned British designer who has pioneered a simple yet opulent style that has permeated interior design at every level. As well as designing apartments, houses, and yachts for an ever-expanding international private client list, Kelly also undertakes commercial design projects including hotels, restaurants, office spaces, and aircraft interiors. Kelly’s ever-evolving style is underpinned by a subtly coordinated fusion of East meets West; clean lines and neutral tones, blended with charming warmth and sumptuous opulence. 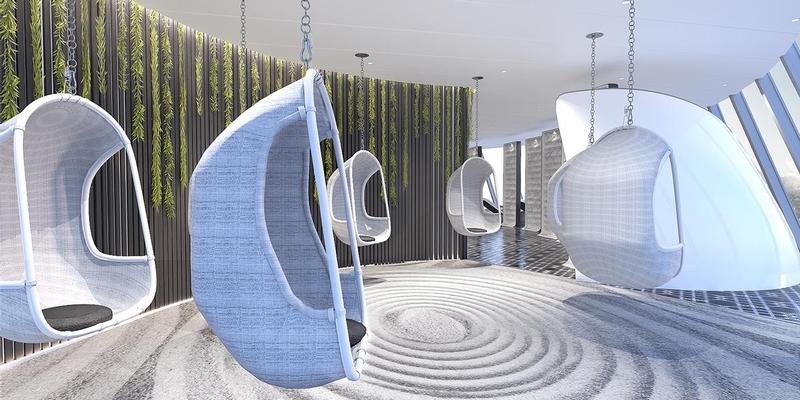 She started her career with just 16 years old! She had the opportunity to design a family friend’s kitchen and, for her work, received a modest commission, but that money and the experience itself helped Kelly’s grow her career as an interior designer. Hoppen grew a lot since them and, currently, she’s one of the Top British Designers of the World and a Champion of Women’s Rights in the Industry. She’s a strong Role Model for the Industry and it has been involved in hundreds of luxury design projects worldwide.

Tom Dixon is known across the world. His works have been acquired by museums across the globe including the Victoria and Albert Museum, Museum of Modern Art New York and Centre Georges Pompidou, Paris. With a commitment to innovation and a mission to revive the British Furniture Industry, Tom Dixon is inspired by the nation’s unique heritage and produces extraordinary objects for everyday use.

In 2002, Tom Dixon and David Begg founded the Tom Dixon Company. Since its inception, the company has developed its own collection of contemporary lighting and furniture, including the acclaimed Mirror Ball Collection of Lights and, more recently, a stunning Sofa Design for the Swedish giants IKEA (See Image Above). Tom Dixon is also showcased worldwide in several Top Event. In fact, some of the best Tom Dixon designs have entered the international major league through renowned showcases, like the Salone del Mobile and the London Design Museum.

As the name suggests it, Zaha Hadid Architects is an international Architecture and Design Firm founded by the late architect Zaha Hadid! Known worldwide for her Modern and Powerful Designs, Hadid helped shaped today’s Architecture and she was responsible for some of the most stunning design projects in the World like the Heydar Aliyev Cultural Centre in Baku or the MAXXI – National Museum of the 21st Century Arts in Rome.

After the death of Hadid, her Team kept her Legacy and her Firm alive. They continued to work on the projects started by their mentor and led them to completion. Till this day there isn’t one single project started by Hadid that her team didn’t finish in her memory and following her directions! In the new projects, the Zaha Hadid Architects strive to achieve the vision of Zaha Hadid and her attention to futuristic detail and, by doing so, they continue to be considered a reference within the Architectural and Design industries.

Since its foundation in 1985 by Head Architect David Chipperfield,  the amazing and popular David Chipperfield Architects has developed a diverse international body of work including cultural, residential, commercial, leisure and city projects, as well as master planning exercises. This practice has won more than 100 international awards and citations for design excellence, including Royal Institute of British Architects (RIBA), Royal Fine Art Commission (RFAC) and American Institute of Architects (AIA) awards, as well as the RIBA Stirling Prize in 2007, and the European Union Prize for Contemporary Architecture – Mies van der Rohe Award in 2011.

It’s Head Designer David Chipperfield is considered, next to the late Zaha Hadid, one of London’s most respected and popular Architects of the last decade! His amazing career within the DC Architects has granted him the prestigious title of  “Knight” by the Queen of England! Sir David Chipperfield is decidedly one of the most globally recognized personalities in architecture and design. His award-winning work has been recognized many times over for its simplicity and clarity of vision!

The late David Collins founded his eponymous David Collins Studio in 1985, and since then his refined, luxurious style has reached well beyond London to some of the top restaurants, hotels and private homes in the planet. Being a truly gifted and inspirational man, David helped shape the London Design Industry and, until his death in 2013, he led his studio with impressive grace and with a strong sense of design creativity!

After the death of its founder, David Collins Studio continued to follow Collin’s particular style and devoted his latent energy, inspirations, and creativity to every single one of its new projects. Nowadays, the David Collins Studio is one of the most popular and powerful Design Studios in the United Kingdom with several projects scattered around the Globe!

In our opinion, these are the Top Designers and Design Studios based in London! They are examples of pure Design Refinement and Quality and their work speaks for itself. They are Role Models for the Interior Design Community in the UK, but most of all they are some of the Top Contributors to the Design Life in London! We truly believe the British Capital wouldn’t have the position it has today in the World of Design if it wasn’t for the work of these Design Legends!

London Design Festival celebrates and promotes London as the design capital of the world through the various design events! It incorporates several top Design Events, Showcases, and Expos. One of the flagship events of this amazing design celebration/ design week is Decorex International! Decorex is internationally renowned for being one of the best platforms to find the most coveting concepts and products regarding interior design, which are developed by emerging and well-established talents.

First staged in 1995, 100% Design is the cornerstone event of the London Design Festival, with over 27,000 visitors! Its audience is diverse from architects, designers, specifiers, retailers, and developers, to multinational companies looking to source directly for their latest projects. 100% Design is definitely a furniture trade show that shouldn’t be missed also because of the unrivaled talks programme during the four days!

DesignJunction was launched in 2011 and connects the world’s most renewed design brands with some of the world’s leading architects, interior designers, specifiers, and buyers. DesignJunction is not just a trade show, as it offers a wide range of high-class eateries, design-led pop-up shops, installations, and other interactive features!

Top Drawer is the Uk’s leading retail event for creative lifestyle buyers, having a list of 1500 brands to top international retailers. Top Drawer represents a great opportunity for UK and International brands to present new ranges and best sellers products in the curated and complementary worlds of Fashion. Gift, Home and Craft.

Covet London is a private show flat in the heart of London where you can have amazing intimate design experience in an outstanding scenario! Here you can find different collections of furniture, lighting and accessories and the right professional team to guide you finding out every detail of each brand, to answer all questions and to help you make the best choices for your interior design projects! Covet London is open from Monday to Friday (11am to 5pm).

Designers Guild was established in 1970 by brother and sister, Trisha Guild and Simon Jeffreys. Their range of luxury designs, fabrics, wallcoverings and bed, and bath collections are available worldwide but their UK flagship store is situated in Kensington.

When Zeev Aram opened his first showroom in 1964, the Londoners that walked past the shop front didn’t know what had hit them. Today the shop features a huge range of stunning design pieces, from chairs and tables to lamps and storage. There is even a whole floor of the shop dedicated to new work by designers that are still relatively unknown, as helping talented designers is something Aram has always deemed vital.

The Andrew Martin shop is an explosion of different cultures, decades and nostalgia. Their design items are inspired by all three, and pieces on display have an unusual emotive power to them. Stepping inside you will see a range of unusual objects and things you wouldn’t expect to see in an interior design shop, such as giant leather animals, some taller than six foot. Nothing on the show is subtle – if you are after a few statement pieces this is the place for you.

Specializing in Scandinavian Modernism, Skandium has a range of unique designs on sale. All understated and chic, Skandium stocks furniture, ceramics, lighting and glass. Items are made to be durable and versatile, and all are laid out neatly in the shop. Skandium shows how cutting-edge design can work in your home.

Haus offers a carefully considered selection of the best in contemporary furniture, lighting, and homeware from their delightful East London shop.  Products are sourced from leading European design brands and internationally renowned designers, as well as lesser known pieces from smaller producers and independent designers.

The British Museum hosts more than 8 million works and is dedicated to documenting the story of human culture and art from the very beginning until our present. The museum is actually the first national public museum in the world.

Recognized as the world’s leading museum of art and design, V&A features a permanent collection of 2.3 million objects. It also houses several national collections and some of the world’s greatest resources when it comes to architecture, fashion, furniture, photography, painting, sculpture, Asian art and design, glass, and countless others.

The Serpentine Galleries are located in the Kensington Gardens and are mainly dedicated to contemporary art. The two galleries (Serpentine Gallery/Serpentine Sackler Gallery) are just a stone’s throw away from each other.