Diamond Sideboard: The Jewel of The Crown in Boca do Lobo’s Exclusive Design

The Diamond Sideboard is born as a precious jewel, with cutting-edge lines to challenge the boundaries of form. This opulent sideboard reflects Boca do Lobo’s passion for craftsmanship, honoring it by creating contemporary and exclusive design pieces that stay ahead of their…

Regarded as one of the best galleries in the world, Ralph Pucci is a premiere furniture, lighting, and art gallery headquartered in New York City, with outposts in Miami and…

Diamond Metamorphosis: The Jewel of the Collection

Today we share with you the amazing piece, Diamond Metamorphosis by luxury furniture brand – Boca do Lobo. Metamorphosis Collection is more than just a simple line of design. It has…

2018 is knocking on the door and everyone is looking for a place to spend the new years eve day to end up 2017 in great style. A lot of luxury hotels are planing the reveillon 2017. We looked for some of the high end hotels with more glamour for new years eve evening. Take a look at our selection! From the surge of Norse invasions, notably under Erik the Red, which swept the west coast of Scotland in the 10th century, the name of the island is derived.

With stunning views overlooking Loch Linnhe and the Morvern Mountains, The Isle of Eriska is located at the mouth of Loch Creran in the heart of West Argyll.

This probable recognition of Eriska as a sanctuary continues in the earliest written title deeds as it was held in the ownership of the Church in the 15th and 16th centuries.

A magic place to spend the New Year’s Eve day and evening. It would definitely the place where James Bond would stay in Scotland: a 19th-century mansion in Scottish baronial style on a private island accessible by a bridge, set amidst glorious west highland scenery. It boasts a highly regarded restaurant, an award-winning spa and myriad activities spread across 350 acres of grounds.

See also: Lapland’s luxury glass Igloos will give you the night sky in fully comfort

The show-stopping finale to Forbes Travel Guide Four-Star The Setai, Miami Beach’s holiday schedule will celebrate Cuba’s golden age with a Havana Nights New Year’s Eve fête. Guests will indulge in a five-course “La Cena de Havana” menu served, with dishes ranging from Wagyu tenderloin to arroz bomba (the rice that’s often used for paella). Rumba in the new year with the musical prowess of Miami’s soul stirring Grupo Nostalgia, as they pay homage to the greats of “Old Havana.” And join in the long-held Cuban tradition of eating 12 grapes for good luck at the stroke of midnight. 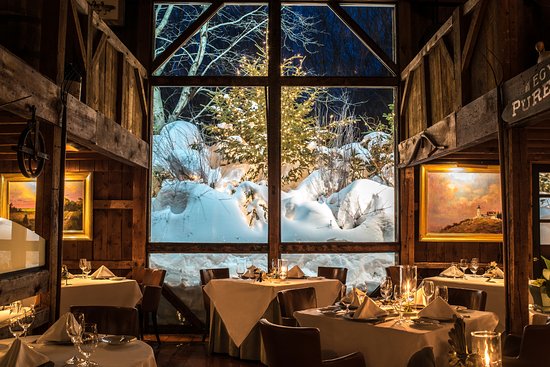 Holiday accommodation packages at this luxuriously cozy Forbes Travel Guide Four-Star hotel on the coast of Maine include amenities such as afternoon tea and a six-course feast (think foie gras, lobster bisque, local venison and decadent Kahlua soufflé). Don your top hat and fancy mask to glam up for the New Year’s Eve Broadway-themed extravaganza brimming with musical entertainment from theater stars alongside an evening filled with dancing and champagne.